Feedback occurs when amplified sound from the receiver ‘leaks’ out through the ear canal and is picked up by the amplifier and is processed through the hearing aid system again and again in a continuous loop.
Book an Appointment

There are three primary methods employed in commercially available hearing aids to deal with feedback:-

Adaptive gain reduction simply reduces the gain (increase in volume) in the frequency region where feedback occurs. This method can
be “course” depending on the number of channels. If there are only a few channels, gain may be reduced over too wide a frequency range with the resulting decrease in audibility. 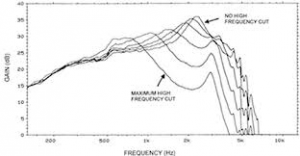 Notch filters, (so called because of the ‘notch’ in the frequency response at each point where gain is decreased) reduce gain in a narrow frequency range. Roving notch filters were designed to manage dynamic feedback points and were usually restricted to a maximum of three feedback peaks as more may adversely affect frequency response and also consume more digital processing power.

Phase cancellation (Fast Fourier Transform – FFT) detects the feedback peak or peaks and generates a signal of equal amplitude but 180 degrees out of phase with the estimated feedback pathway which is then subtracted from the signal pathway at the microphone. Phase cancellation because it acts without adversely affecting speech intelligibility is considered to be the industry standard method.

Effective feedback management systems are one of the key factors that have allowed the current growth in popularity of the open canal style fittings known as Receiver In The Ear/Canal. 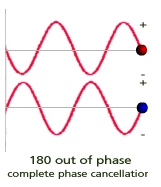